Several research groups have been examining the genetic make up of people who develop alopecia areata. It is generally believed that alopecia areata susceptibility is polygenic

Human leukocyte antigen (HLA) genes on human chromosome 6 code for the major histocompatibility complex (MHC) proteins that are important in presentation of antigens and self recognition by immune cells. MHC class I antigens comprise the HLA-B, HLA-C and HLA-A loci in this order. MHC class II is coded by genes in the HLA-D region that is subdivided into gene clusters HLA-DP, HLA-DQ, and HLA-DR (Vogel 1997).

Genetic research into other autoimmune diseases has shown HLA encoding alleles to segregate with specific disease phenotypes. However, inconsistent results have been found with analysis of HLA class I haplotypes of the A and B series and AA. Some studies report statistically significant associations, but other studies found no HLA class I association (Kuntz 1977, Zlotogorski 1990). HLA-A2, B40 and Aw32, B18 have each been reported as associated with AA (Hordinsky 1984, Valsecchi 1985). Association between HLA-B12 in Finnish patients, HLA-B18 in Israelis, B13 and B27 in Russians has also been suggested (Kianto 1977, Hacham-Zadeh 1981, Averbakh 1986).

Genetic analysis studies in AA have primarily focused on the HLA-D genes (MHC class II encoding) as the most likely region for genes that regulate susceptibility, severity or resistance to disease (Duvic 1991). Consistent associations have been observed between class II haplotypes and AA including DR4 (Frentz 1986, Friedman 1985, Orecchia 1987, Duvic 1991, de Andrade 1999), DR5 (Frentz 1986, Orecchia 1987), DR6 (de Andrade 1999), DR7 (Averbakh 1986) and broad antigen DQ3 (Colombe 1995, Welsh 1994, Colombe 1999). More recent research has shown allele DRB1*1104 (DR11) to be present with significant increased expression in patients with AA (Colombe 1995, Colombe 1999) and its increased prevalence has been confirmed in other studies (Duvic 1995, Morling 1990, Welsh 1994). Allele DRB1*0401 (DR4) was strongly associated with extensive AA totalis or universalis sub-groups (Colombe 1999). DQB1*0301 (DQ7 by serology) was also significantly expressed only in association with AA totalis and universalis (Colombe 1995, Duvic 1995, Colombe 1999) and other studies implicate other DQB1 alleles, DQB1*302, DQB1*601, and DQB1*603, in AA (de Andrade 1999). The general current consensus is that AA in humans has a genetic basis, but is poorly penetrant within families (Colombe 1995, van der Steen 1992). Aberrant expression of MHC proteins within AA affected hair follicles is frequently apparent, but the question of their true significance remains (Messenger 1985, Bröcker 1987). There are many more alleles that code for other factors in, and outside of, the immune system that may be vital in the development of AA.

The function of these HLA genes is to make a cell surface protein structure called the “major histocompatibility complex” (MHC). These structures are used to introduce antigens to lymphocyte immune cells. The lymphocytes feel the MHC and the antigen. If the cells find the antigen stimulating they will respond and target that antigen wherever they find it in the body. MHC class I antigens are expressed on almost all nucleated cells in our bodies. Some lymphocytes (CD8 positive) have the capacity to recognize cellular antigens presented in association with MHC class I via their T cell receptors. In contrast, MHC class II antigens are normally expressed on antigen presenting cells (APCs), such as macrophages and Langerhans’ cells, and expression may be induced on other nucleated cells during inflammatory processes such as alopecia areata (Messenger 1985, Bröcker 1987). CD4 positive lymphocytes may recognize antigen plus MHC class II complexes on APCs.

It might be that certain types of MHC structure are better at presenting hair follicle antigens to lymphocytes than others. Those people with HLA genes coding for the MHC structures that are better able to present hair follicle antigens may be that much more susceptible to development of alopecia areata. There is laboratory evidence to support this hypothesis in autoimmune disease but there is no evidence to demonstrate this is actually possible in alopecia areata.

Analysis of genes in humans is mostly limited to the HLA region although other groups are looking at genes involved in cytokine production and activity (cytokines are hormone like communication molecules that cells use to stimulate each other). The HLA region is the natural place to start in humans because we know most about the genes there and what they do. The importance of the HLA genes identified right now is that they are simply a marker of susceptibility. It is suspected they are relatively minor genes in alopecia areata susceptibility. However, the genes could be used to develop a screening assay that dermatologists could use to identify those most at risk from developing alopecia areata. Right now that doesn’t help people much but if we eventually identify environmental triggers for onset of alopecia areata then people known as susceptible because they have the genes could be advised to avoid the potential triggers.

The NAAF are currently recruiting individuals with a family history of alopecia areata to provide blood samples for use in genetic research. The aim is to define more genetic markers common to people with alopecia areata. Contact NAAF for details.

What is a polygenic disease
Alopecia areata is described as a polygenic dominant condition with partial penetrance. Essentially this means that there are several genes that code for alopecia areata susceptibility that can be transferred from parent to offspring but that even if an individual has all the susceptibility genes they may still not actually develop hair loss.

These genes are probably not mutations or defective genes they are most likely normal functioning genes. Some or all of the genes may be quite common in the general population but when several genes come together and combine forces in an individual they make that person more susceptible to development of alopecia areata. Each gene has a different weight or importance in promoting susceptibility. Some genes will carry a lot of weight and be major alopecia areata susceptibility genes. Other genes will have little weight and only contribute in a minor way to susceptibility.

Alopecia areata will be difficult to analyze. With every additional susceptibility gene involved finding the genes becomes exponentially more complex. I hazard a guess at 5 major genes being involved in alopecia areata other than those that have been identified in the HLA region. Several more minor genes will be involved in severity and susceptibility but we need to concentrate on the big ones first. Depending on what susceptibility genes are identified and what they do there could be new opportunities to develop treatments that block or modify the gene activity. Gene therapy for alopecia areata is many years in the future though. 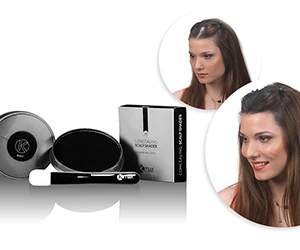 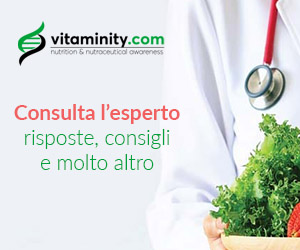 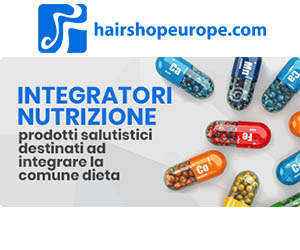